This versatility makes it a treatment of choice of a variety of conditions.

Carboxy Therapy is an ingeniously restorative approach that gently provokes the body into rushing more oxygen to that area of skin where it is needed.

Here’s the basic science behind the technique.

We take in oxygen with every breath of air. This oxygen goes into our lungs from where the red blood cells pick it up and carry it to our tissues. En route, they come across hard working spots which are characterised by an excess of carbon dioxide. This is because all the cells in our body, whether in the heart, brain or skin, release carbon dioxide as their waste product when working.

Encountered with an excess of carbon dioxide, the red blood cells rush to the spot and release the oxygen molecules they are carrying, so as to pick up the carbon dioxide molecules, which are then released via the lungs.

Carboxy Therapy utilises this natural ‘rescue’ response to drive oxygen into areas which need an extra spurt of it.

This is how the procedure goes. A measured dose of carbon dioxide is injected into a targeted area below the surface of the skin. Promptly, blood rushes to the site, carrying a vitalizing charge of fresh oxygen. An exchange of gases takes place, after which the blood resumes its journey, now with a load of carbon dioxide which it carries to the lungs for exhalation.

To the skin, that literally comes as a breath of fresh air. The increased circulation improves capillary networks, reversing the bluish tinge of tired skin bringing renewed healthy brightness.

A quick treatment with almost no downtime at all. It is a perfectly safe procedure. The treated area will might have a bit of swelling which will subside in a few hours. You can expect improved skin texture which will continue to improve with maintenance sessions. 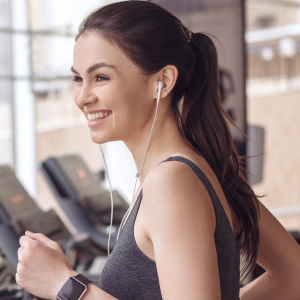 Six Reasons Why Your Workout may be Causing You Skin Issues

Have you ever wondered why your skin breaks out after enduring a rigorous gym-session, instead of glowing like it’s supposed to? That is because sweat and skin don’t go well together. Though exercise helps your body remove toxins by pushing impurities out of pores, it can also lead to chafing, rashes and clogging of pores. Here are some of the common reasons that can affect your skin before, during and after a workout. Towel: Gym towels are…

READ MORE
50% off on consultation*
Chat