Sign up to know all about your skin, hair and body.

Warts are harmless but unsightly, and these random growths have no apparent cause. Our treatment aims to eliminate warts without creating scar tissue.

They appear as random growths on the hands, feet or elsewhere on the body, coming out of nowhere. They seem to have no apparent cause. And they’re unsightly even though they are largely harmless. Warts are basically an overgrowth of superficial layers of skin, triggered by a contagious viral infection. Known in medical terminology as papillomas, they may emerge anywhere on the body, depending on the specific strain of virus that causes them to develop.

Common Warts typically grow on fingers and toes. More grey in appearance than the skin around them, common warts are rough and grainy to look at, and are rounded on top.

Filiform Warts show up around the mouth or nose. They can also come up on the neck or under the chin. They are also called Skin Tags as they are shaped like a tiny flap or tag of skin, and the same colour as skin.

Flat Warts usually grow on the face, arms or thighs. They have a flat top and may be yellow, brownish or pink. They are small and not immediately noticeable.

Periungual Warts grow under or around the fingernails and toenails. They can be painful and get in the way of nail growth.

Plantar Warts appear on the soles of the feet. Unlike other warts, they grow into the skin, rather than out of it. They present themselves as a small hole surrounded by hardened skin, and can make walking painful.

From a medical perspective, not all warts need to be treated. Over time, many tend to go away on their own as the immune system is able to destroy the human papillomavirus that caused the warts. However, they can be painful, unpleasant to look at, and embarrassing while posing an ever-present risk of spreading to other parts of the body or to other people.

Warts are caused by Human Papillomaviruses (HPV) and may appear anywhere on the body, depending on the specific strain of HPV. When a person gets infected, the HPV virus causes excess keratin to be developed in the epidermis, producing the rough, hard lump known as a wart.

There are over a hundred types of HPV which, in turn, can lead to various types of warts. While some strains are sexually transmitted, most are spread through incidental contact such as a handshake or even carried over from towels that have been used by someone with a wart. Damaged or cut skin is a common access route for infection. Something as simple as nail biting, or getting a shaving nick or cut, could bring on a wart.

It has been observed that most adults will have had a common wart some time or other in their lifetime. However the condition is most common in children, young adults and adults with weakened immune systems. Warts often disappear on their own, but when the immune system is weakened, they take longer to clear up.

Our dermatological approach is as much about techniques and treatments as it is about understanding an individual’s skin. At Kaya, we have gathered a wealth of insight into how skin works. Applying this knowledge, the region’s largest team of dermatologists work to create specialised approaches, customised to every individual’s skin. We bring together medication with advanced formulations and technologies to deliver a truly effective line of treatment for skin concerns such as warts and skin tags. Do take a closer look at our solutions with the help of the search box below.

Kaya Wart Removal solutions aim to eliminate warts and skin tags without creating scar tissue. This is important not only from an aesthetic point of view but also because scar tissue can be more painful than the offending growth itself.

Rather than a scalpel, Kaya Wart Removal treatment consists of Radiofrequency, which uses low-temperature, high energy radio waves to cauterize the wart. An electric probe is placed on the wart, gradually burning it down. The burnt skin is shed within a week, through the natural process of healing.

What to look forward to

Kaya Wart Removal treatment is simple, safe and effective. However, while you can look forward to getting rid of existing warts, the treatment does not address the underlying causes, and so cannot prevent recurrence. Mild discomfort could be experienced during the treatment, which is conducted after applying an anesthetic cream. In certain cases however, a local anesthetic may be injected with a small needle.

Meet Our Dermatologists Book an Appointment

Our dermatologists draw upon the latest advancements to craft a treatment that’s just right for you.

50% off on consultation *T&C apply 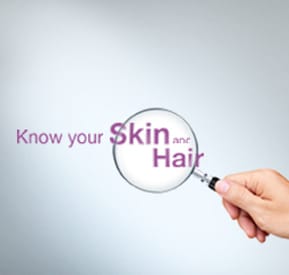 Everything you need to know about skin and hair, presented through a series of quick and easy reads. Science made simple. 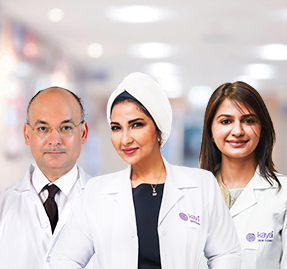 The region’s biggest team of dermatologists. Highly qualified. Trusted by millions of customers. 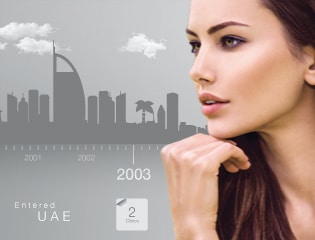 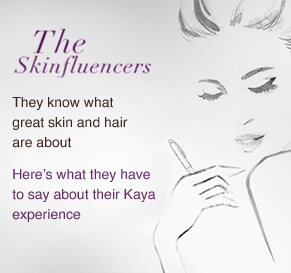 You could call them the skinfluencers. The region’s opinion leaders on skin care, beauty and everything to do with being your best. Let’s see what they have to say…

Explore Our Range
50% off on consultation
X
OR