Sign up to know all about your skin, hair and body.

The surface of the skin has multiple battles to fight and is left bearing the marks. However, resurfacing the upper layers can clear them away.

At Kaya, the CO2 RE Fractional CO2 Resurfacing System is the laser technology of choice to remove damaged skin and reveal a fresh layer of healthy skin.

What makes CO2 RE Fractional laser exceptional is that it can simultaneously deliver benefits to the all layers of skin, from superficial to deep, making it a complete facial rejuvenation treatment. Its remarkable resurfacing capabilities make it a central part of:

– Acne Scar Repair, where as part of a larger solution, the laser treatment penetrates the skin and remodels the scarred areas

The underlying technology consists of lasers using carbon dioxide gas, as the name suggests. Pulsating beams of light are directed at problem areas of the skin. When very short bursts of light energy are focused on the area of concern, the water in the tissues of the epidermis absorbs the energy and heats up. This causes a thin layer of the epidermis to vaporise, exposing fresh skin.

The beams also heat the deeper layer of skin, the dermis, encouraging the production of collagen and healthy new skin cells. As a result, skin emerges fresher and younger.

Fractional CO2 laser, which is the technology we use, is a distinct advancement that makes CO2 laser treatment easier on the skin. The CO2RE (by Syneron Candela) Carbon Dioxide (CO2) Fractional Laser Resurfacing removes specific sections of skin, leaving adjacent areas intact to aid in healing. It delivers a complete matrix of controlled ablative pulses with exceptional speed and precision. It also rapidly varies the laser energy for multi-level treatment capabilities. CO2RELight provides superficial fractional treatments in the epidermis, stimulating regeneration of the uppermost layer. CO2RE Mid penetrates more deeply for a stronger ablative effect, stimulating regeneration at the dermal-epidermal junction, and CO2RE Deep goes even deeper to reach the dermis. CO2RE Fusion optimises treatment in the epidermis and dermis simultaneously.

At Kaya, this treatment is performed strictly by a dermatologist so that it can be controlled according to the way an individual’s skin responds during the process.

The resurfacing process reveals fresh, youthful skin by removing the layers of damaged skin above and stimulating collagen production below.

Acne scars will be a rapidly fading memory. Your skin will be smoother, brighter and more radiant. Collagen production is also rejuvenated as a result of this procedure, improving skin tone and reversing fine lines and wrinkles to a significant extent.

The anti-ageing effect is remarkable too, as the treatment achieves noticeable reduction in the signs of ageing such as fine lines, wrinkles and age-spots (also called sun freckles, liver spots, and lentigines).

With proper aftercare and sun protection, skin will continue to improve for a period of 4-6 months following the procedure. Although heat damage to the skin as a result of this procedure is minimal, it takes a while to heal and recovery could take up to two weeks.

50% off on Consultation *T&C apply 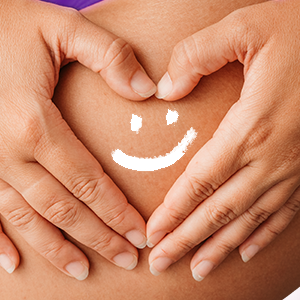 How to get rid of cellulite?

Did you know, according to research done by PubMed Central, Cellulite is thought to affect 80 to 90 percent of women at some point in their lives? Also known as orange-peel skin due to its appearance, cellulite affects women more than men due to the different fat, muscle, and connective tissue distribution. An otherwise harmless condition, what makes Cellulite objectionable is the social and emotional/psychological effects it ensues. Whether being unable to wear the dress of…

READ MORE
50% off on consultation
X
OR